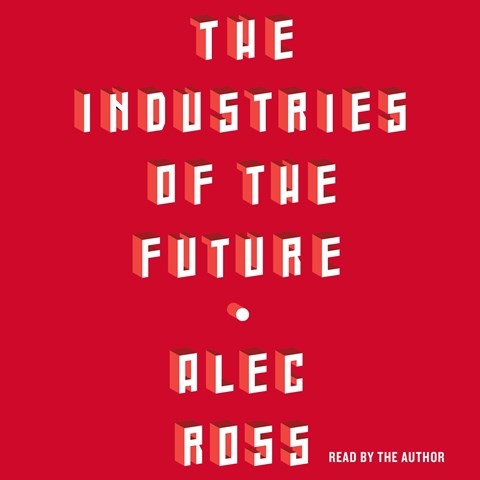 INDUSTRIES OF THE FUTURE

Imagine an audiobook that predicts what the next 10 years will bring in industries throughout the world. That program has arrived, the brainchild of Alec Ross, former senior advisor for innovation to the United States secretary of state, who traveled the world and studied the next generation of innovation in robotics, cyber security, big data, and other commercial fields. Ross narrates his audiobook, and his delivery is less convincing than his prose. He reads with a pleasant Southern accent, but his voice lacks the energy and verve that he put behind his printed words. For all the bold predictions he makes in his book, he relies on a disappointing monotone to deliver his fascinating findings. R.I.G. © AudioFile 2016, Portland, Maine [Published: MARCH 2016]