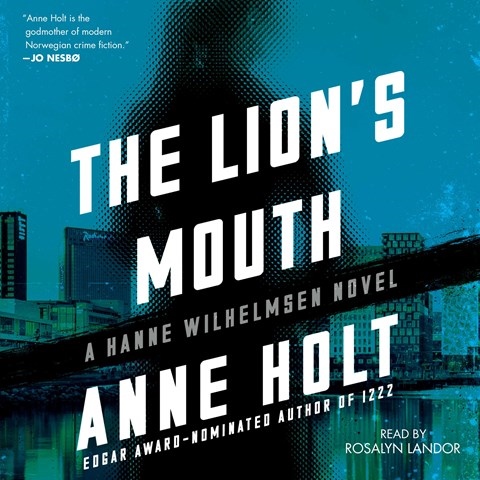 This audiobook collaboration elevates listeners to another sphere. Number 4 in the Hanne Wilhelmsen series transports listeners to a tumultuous Norway after the murder of the prime minister. It's not clear whether the killing was a political assassination or personal revenge. Chief Inspector Wilhelmsen intends to find out. Narrator Rosalyn Landor uses finely honed skills, among them pacing, tone, accent, and pitch, to expertly portray the various characters and perspectives as well as the mysterious atmosphere of this thriller. Her portrayal of the colorful detective Billy T. is especially noteworthy. Landor accentuates the spectrum of personality in this seemingly contradictory character. A stellar narration is guaranteed to keep the pulse pounding. J.F. Winner of AudioFile Earphones Award © AudioFile 2016, Portland, Maine [Published: MARCH 2016]