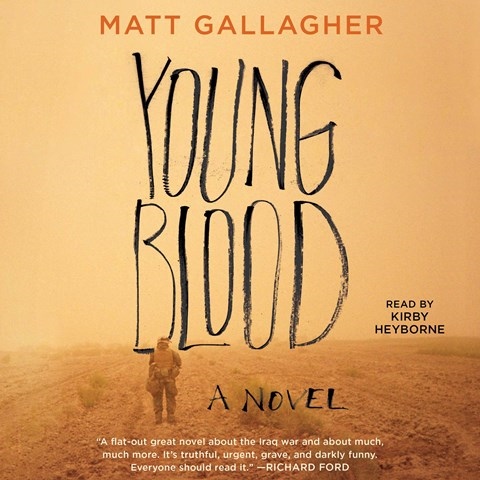 As narrator of Gallagher’s novel, Kirby Heyborne is faced with the demanding task of voicing an authoritative military leader while also suggesting an introspective tone. Heyborne’s performance facilitates this complexity expertly. The story is set in the complicated waning days of the Iraq War, but the events are hardly tired or linear; moments of quiet interaction are broken by bursts of violent combat. Jack Porter is a lieutenant whose leadership is being challenged by Daniel Chambers, a fellow soldier who demonstrates an almost theatrically militant tone. As Porter’s men begin to gravitate towards Chambers, Porter must struggle to maintain command. Heyborne’s performance deftly navigates the cast of characters and their interactions. S.P.C. © AudioFile 2016, Portland, Maine [Published: MAY 2016]