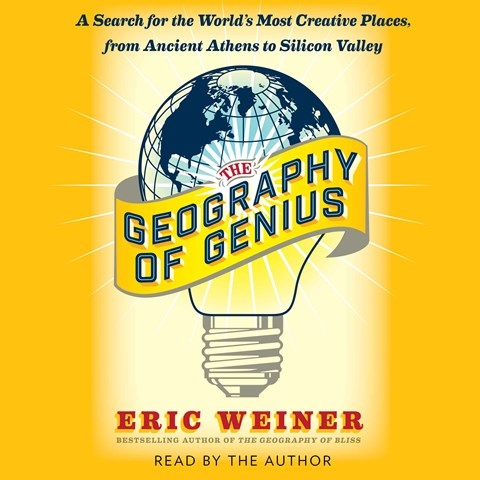 Eric Weiner journeys to places he believes are, or once were, global centers of creativity—from ancient Athens to contemporary Silicon Valley. It’s fitting the author narrates his own work. A former NPR correspondent, Weiner sounds like a radio host whose informal style has no hint of pretentiousness, though his pronunciation of many foreign names is awkward for someone so well traveled. His insightful exploration of how and why geniuses are the products of place and time also includes waypoints such as Hangzhou, Calcutta, Edinburgh, and Vienna. Along the way, he interacts with contemporary denizens of these “genius clusters” and discovers that each place features a unique though often short-lived culture that allowed it to nurture our greatest minds. D.B. © AudioFile 2016, Portland, Maine [Published: JANUARY 2016]