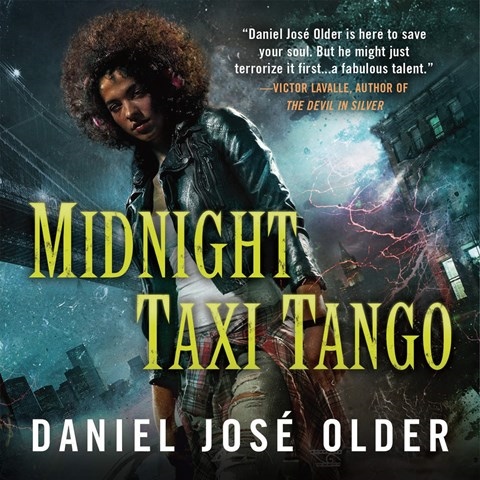 The second entry in Older's urban fantasy series is intense and satisfying. What's more, he narrates it well. Carlos is trying to find Sasha, who left him several months ago; Kia is trying to forget Gio, her cousin, who disappeared seven years ago; and Reza is trying to come to grips with losing Angie, her true love. There's also an apocalyptic bug cult trying to bring about the end of the world, which complicates everything. Older's experience as a composer and musician serves him well. His delivery of dialogue is crisp, the cast of characters is well defined, and it's always clear which of the three narrators is speaking. K.M.P. © AudioFile 2016, Portland, Maine [Published: APRIL 2016]