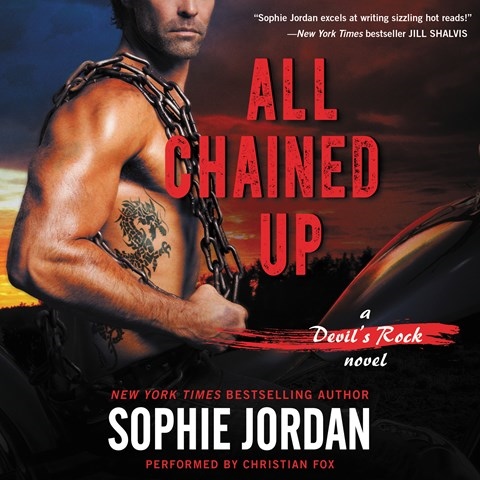 ALL CHAINED UP Devil's Rock, Book 1

Stony and unemotional may not be typical audiobook styling, but narrator Christian Fox delivers just what Sophie Jordan's ALL CHAINED UP calls for. Nurse Briar Davis reluctantly agrees to volunteer at Devil's Rock Penitentiary, little expecting she will have an immediate physical attraction to inmate Knox Callaghan. Fox punches into Briar's well-constructed defenses with Knox's intense dialogue, which digs under her skin. Listeners won't be immune to the hair-raising prison fight that exposes Briar to the violence she's always feared. Fox doesn't portray Briar and other females with the same expertise that he does the male inmates, but that's easily overlooked in view of the visceral connection he establishes between Knox and Briar. Once you press play, you won't want to hit pause. C.A. © AudioFile 2016, Portland, Maine [Published: MAY 2016]