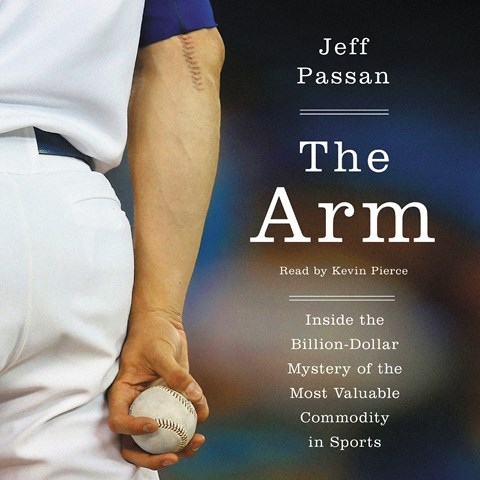 In 1974, Major League pitcher Tommy John was the first to undergo a new surgical technique designed to repair career-ending ligament damage in baseball pitchers. Baseball fans who know little about the ulnar collateral ligament (UCL) will learn from this deep dive into the mechanics of the arm. Narrator Kevin Pierce captures the struggles and triumphs of players determined to return to their careers after suffering the ubiquitous injury and undergoing what has become a common medical procedure in the Major Leagues. The author travels the globe to learn details of the pitching arm, players, scientists, doctors, and many others. Pierce’s varying tones help listeners understand the historical, physiological, and athletic ramifications of the game-changing surgery—now called “Tommy John surgery”—that has saved countless careers. M.B. © AudioFile 2016, Portland, Maine [Published: JULY 2016]