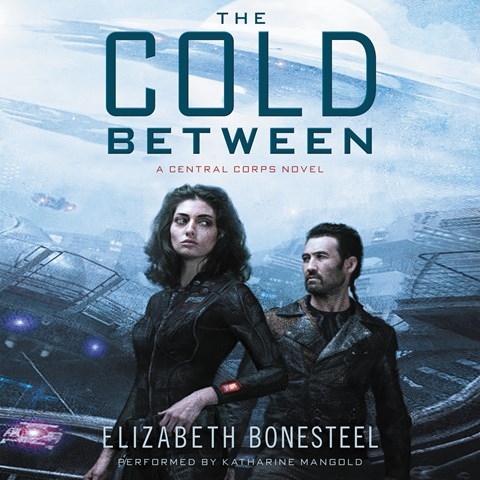 THE COLD BETWEEN Central Corps, Book 1

Narrator Katharine Mangold guides listeners through this first volume of Bonesteel's new series, which is part murder mystery, part sci-fi thriller. By raising and lowering the pitch of her versatile voice, Mangold introduces the many people who cross paths with Central Corps Commander Elena Shaw. By virtue of being in the wrong place at the wrong time, Elena finds herself stuck in the middle of the fallout from a longtime cover-up. The urgency and uncertainty in Mangold's voice propel the narrative as Elena and her allies seek to prevent a war. The listener will be left hanging on Mangold's every word as she races to the conclusion of this rollicking space opera. D.E.M. © AudioFile 2016, Portland, Maine [Published: JUNE 2016]