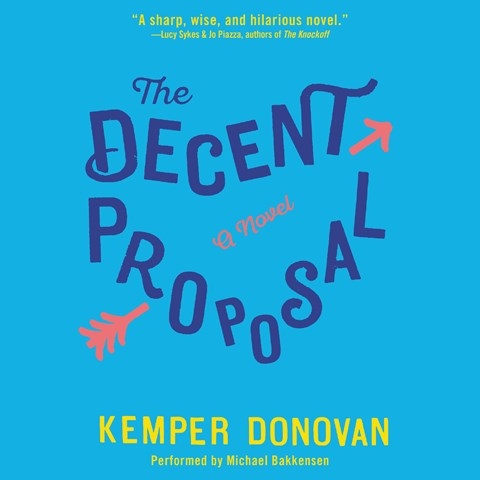 A Hollywood producer who is trying to land his first script and a workaholic lawyer are strangers who will inherit half a million dollars each if they spend two hours talking together each week for a year. Michael Bakkensen narrates this difficult-to-believe story of attraction, friendship, and conversation in a precise voice. Richard and Elizabeth decide they'll talk about books and movies to learn about each other and, in turn, their friends. Bakkensen adds some emotional nuances and snarky intonation when describing relationships and reciting music lyrics. Crude comments are interspersed with long-winded descriptions as Bakkensen attempts to move this tongue-in-cheek romance forward. Predictably, as Richard and Elizabeth interact socially, mostly with Richard's friends, their romantic chemistry kicks in. M.B.K. © AudioFile 2016, Portland, Maine [Published: JUNE 2016]