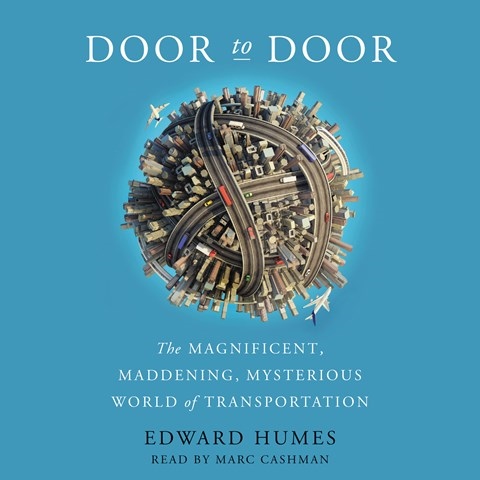 DOOR TO DOOR The Magnificent, Maddening, Mysterious World of Transportation

Marc Cashman is a skillful narrator who brings accuracy and vigor to whatever he reads. Here he focuses on the present and future of transportation in all its forms--but mostly ships, trucks, and automobiles. He sounds excited as he reads about the revolution in international shipping, driven by larger and larger container ships. When the author launches into a critique of the internal combustion engine as employed by trucks, cars, and buses, the prognosis is gloomy for the environment, but Cashman is not. As we hear positive things about driverless cars and trolleys, he's still upbeat. Overall, Cashman's approach makes this audiobook both informative and enjoyable. D.R.W. © AudioFile 2016, Portland, Maine [Published: SEPTEMBER 2016]