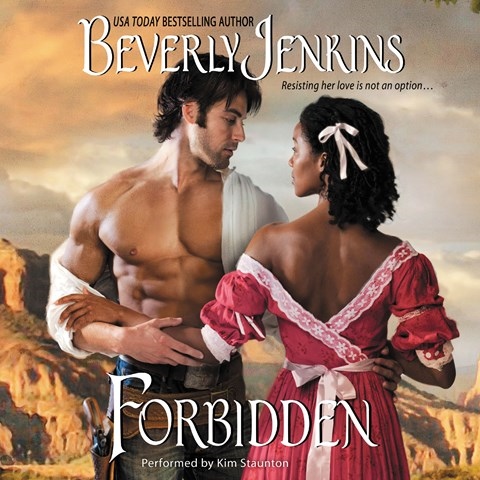 While this romance set in the Old West is somewhat slow to unfold and the ending is surprisingly rushed, Kim Staunton's warm and skilled narration amply compensates. This is the first title in a new historical series by Jenkins. Eddy Carmichael dreams of owning her own restaurant, but when she's robbed and left for dead in the desert, her dreams could be done for. Rhine Fontaine is living a dangerous lie: He's passing as white during Reconstruction. And he's never once regretted his choice--until he meets Eddy, and finally realizes everything he's given up. Staunton's theater experience serves her well in creating a memorable cast of characters. Especially gratifying is her avoidance of equating shrillness with a child's voice. K.M.P. © AudioFile 2016, Portland, Maine [Published: APRIL 2016]