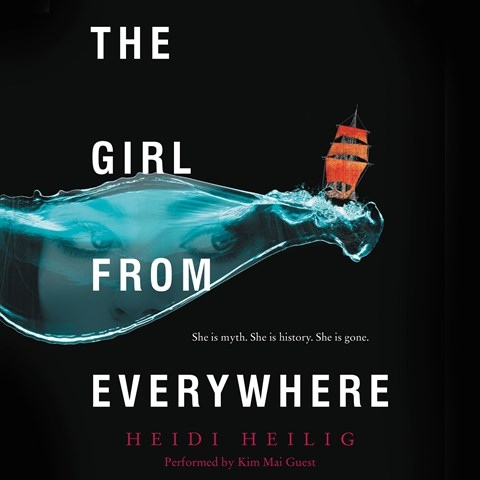 THE GIRL FROM EVERYWHERE

In this opening of Heilig's planned two-part adventure, narrator Kim Mai Guest brings listeners right into the mind and heart of Nix. The 16-year-old sails alongside her father on their ship, TEMPTATION, across time and space--as long as they have a new map to follow--in a desperate bid to change their family's history. However, Guest doesn't always differentiate characters enough to make them distinct, and some of her accents sound forced, especially among members of the ship's crew. She also appears to struggle with the Hawaiian words used throughout the story. Nevertheless, her narration beautifully captures Nix's conflicting love of adventure and trepidation about her future should her father's quest succeed, engaging listeners' attention and imagination. B.E.K. © AudioFile 2016, Portland, Maine [Published: AUGUST 2016]