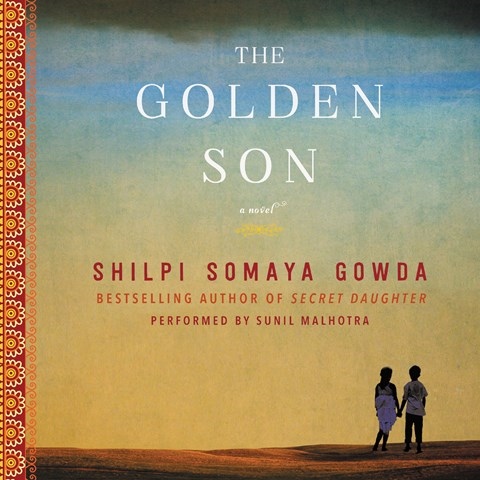 Listeners hear the story of Anil Patel, who leaves his small village in India to become a doctor in the United States. Narrator Sunil Malhotra is superb with every voice and accent, whether male or female, Indian, American, or Australian. Malhotra captures each character's voice perfectly as Anil faces culture shock, the extreme fatigue of medical school, and family expectations. His character portrayals bring out the humor, sadness, or danger of each situation. While each character's voice is vibrantly expressive, Malhotra reads the narrative with a straightforward, unexpressive American accent. The contrast between vibrant speech and flat narrative is a somewhat distracting technique, as it's obvious that Malhotra is fully capable of rendering complex emotions. M.M.G. © AudioFile 2016, Portland, Maine [Published: APRIL 2016]