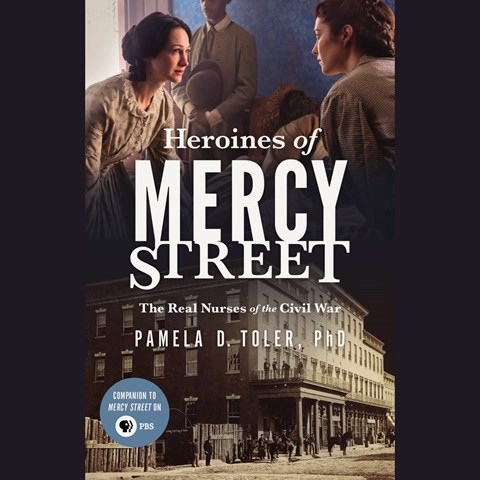 HEROINES OF MERCY STREET The Real Nurses of the Civil War

Nursing in the United States at the time of the Civil War was not a widely recognized profession, particularly for women, but women felt called to serve in hospitals and on the battlefield. Suzanne Toren gives a straightforward narration of this story, now the subject of a miniseries on PBS, which focuses on the nurses, and other people, associated with a Civil War hospital in Virginia. Toren uses tone and pace adeptly to separate expository passages and narrative from the many excerpts from letters, diaries, and other accounts. Her admiration for these women helps to make this an easily accessible history of medicine and the status of women at this time, as well as the war itself. J.E.M. © AudioFile 2016, Portland, Maine [Published: MARCH 2016]