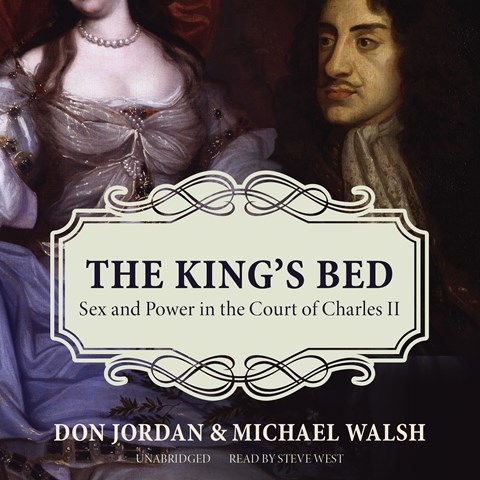 While amply fulfilling the salacious promise of its title, this very listenable history of the Merry Monarch and his crew turns out also to be well researched and well written. Narrator Steve West delivers all this in the most proper English, and with subdued relish. Britain probably had no livelier or more colorful reign, or one more fraught with problems: plague, fire, a Dutch invasion, cynicism and corruption in government, the king fecund everywhere but in his queen’s bed. Here is an era when theater, wit, politics, and sex were each a high art—and as history, provide the highest entertainment value. Interestingly, Charles’s bloodline persists in British royals not through the legitimate but the illegitimate line—via Diana Spencer. D.A.W. Winner of AudioFile Earphones Award © AudioFile 2016, Portland, Maine [Published: APRIL 2016]