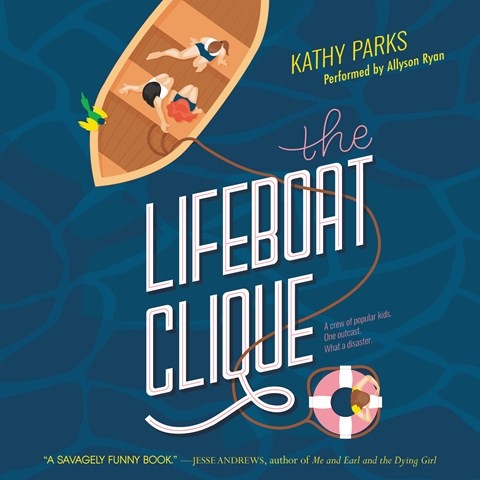 Poor Denver. First, she’s ostracized after being accused of betraying her best friend, and now she’s part of a group of teens who were swept into the Pacific Ocean after a tsunami struck the California coast. Allyson Ryan deftly narrates this darkly humorous story of the social dynamics of a group of teenaged castaways. The story skips through time, keeping up with the present of the lifeboat survivors, who include Denver’s ex-BFF and current nemesis, Abigail, while also unraveling the explosive events that led to the detonation of Denver and Abigail’s friendship. Ryan submerges listeners in the lifeboat’s brutal realities while convincingly voicing the teen emotions that come into play. Parks’s story is unique, irreverent, and definitely worth a listen. L.L. © AudioFile 2016, Portland, Maine [Published: JULY 2016]