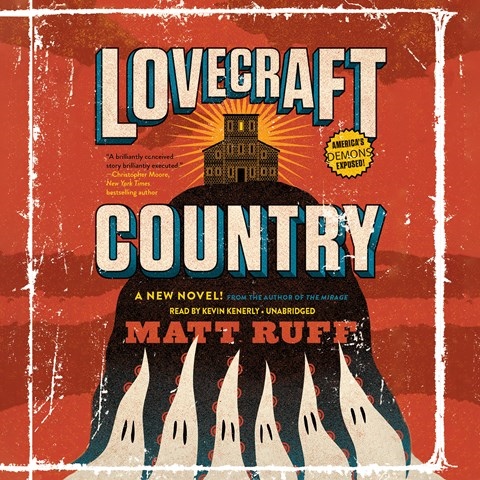 Narrator Kevin Kenerly gives a strong voice to two extended black families who are victimized by racism in this terrifying blend of horror, history, and pulp noir. The story begins with Army veteran Atticus Turner returning from Florida to his home in Chicago in hopes of escaping bigotry. There, he finds his father, Montrose, missing and determines that he has left town with an unknown white man, which is highly unusual behavior for him. Atticus, his uncle George, and his childhood friend, Letitia, are soon driving east, and end up in the midst of, in simple terms, a mess of spooky stuff. Kenerly gives a nuanced performance, smoothly shifting between characters such as the naïve teen comic-book artist Horace to the jaded Montrose. Thanks to Kenerly, this production is a chilling examination of racism, both overt and subtle. D.E.M. © AudioFile 2016, Portland, Maine [Published: JUNE 2016]