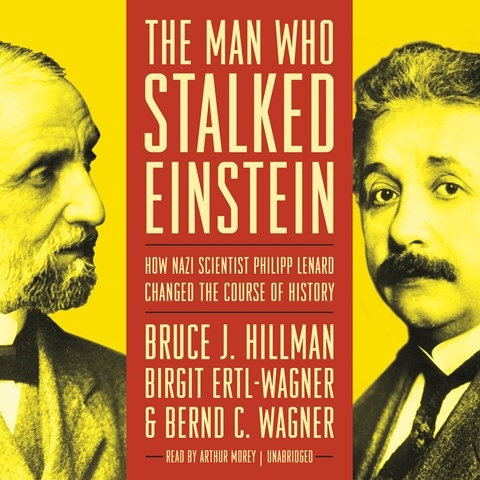 Narrator Arthur Morey injects a hint of Einstein's real-life persona into the famous scientist's voice in this audiobook. Philipp Lenard, a rival and doubter of Einstein, rose to power in Nazi Germany as Hitler's science advisor. Their story is told dramatically, with Morey capturing the essence of the battle between pacifism and the Nazi regime. Here is science, of course, including discussions of quantum physics, as well as personal drama, including details of Einstein's marital problems. The story also covers the atmosphere in Germany's scientific community at that time and touches on Edward Teller's interest in developing a hydrogen bomb for the U.S. The authors thoroughly cover the intersections of science with politics and war. J.A.S. © AudioFile 2016, Portland, Maine [Published: MAY 2016]