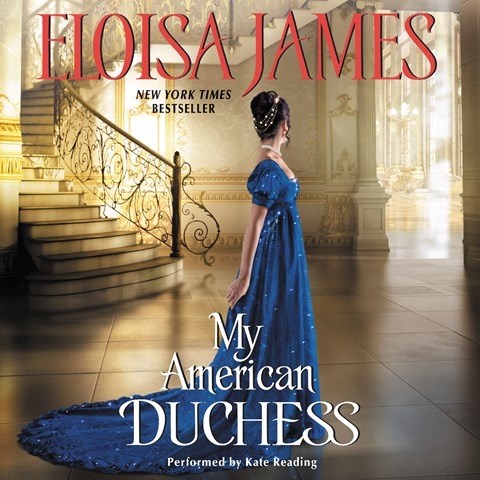 Narrator Kate Reading expertly showcases lovely but flighty American heiress Merry Pelford, who, after breaking off two previous engagements, finds herself falling for the stuffy but handsome duke of Trent moments after becoming engaged to his younger brother. Although this story isn't James's most engaging, Reading's ability to make the duke sound arrogant and attractive and his brother arrogant and amusing is a tribute to her talent as a narrator. Merry is also portrayed with some complexity: She's less than discerning in her relationships with members of the opposite sex yet remains an enchanting character. Reading also excels in her portrayals of Merry's snobbish American relatives and the duke's stodgy upper-crust acquaintances. A.C.P. © AudioFile 2016, Portland, Maine [Published: MARCH 2016]