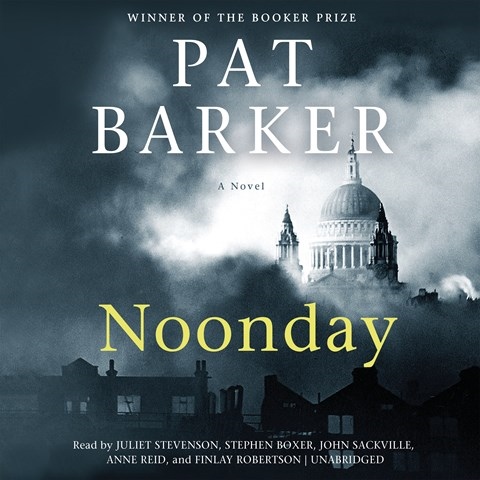 While this novel stands on its own merit, to fully appreciate NOONDAY, listeners will first want to hear Booker Prize winner Pat Barker's previous books in the trilogy, LIFE CLASS and TOBY'S ROOM. The stellar cast transforms returning characters Elinor, Paul, and Kit into credible people. However, wonderful as the narrators are, the many levels of relationship subtleties can be confusing to a new listener. The story takes place in London during the Blitz. Paul and Elinor are married. Paul is an air-raid warden. Elinor drives an ambulance. Kit, disfigured in WWI, arrives from the U.S. to work for the British government as a German translator. Each performance is a small gem, illuminating the determination of a people that hundreds of Nazi night raids couldn't extinguish. S.J.H. © AudioFile 2016, Portland, Maine [Published: JUNE 2016]