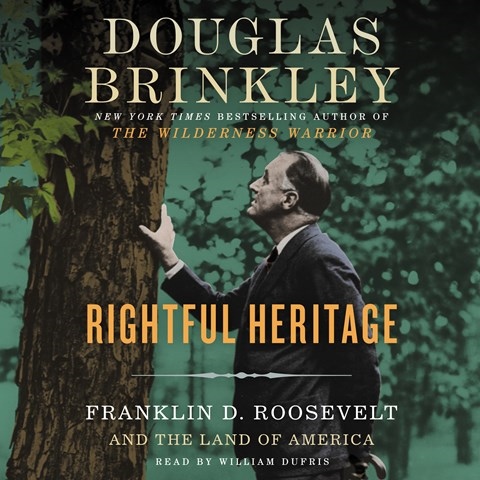 RIGHTFUL HERITAGE Franklin D. Roosevelt and the Land of America

FDR’s conservation legacy goes far beyond the work of the Civilian Conservation Corps. This monumental examination of his commitment to preserving public lands takes a solid combination of writer and narrator to carry off for listeners. The book provides both. Douglas Brinkley brings a conversational tone to his scholarship that is ably rendered by narrator William Dufris. In particular, Dufris varies his tone and pacing to match the material. He wisely doesn’t try to imitate FDR’s voice in direct quotes; rather, he alters his tone slightly to give aural clues that the material is a direct quotation. He also changes his voice slightly for quotations from common folks, giving them a more natural sound. R.C.G. Winner of AudioFile Earphones Award © AudioFile 2016, Portland, Maine [Published: MARCH 2016]