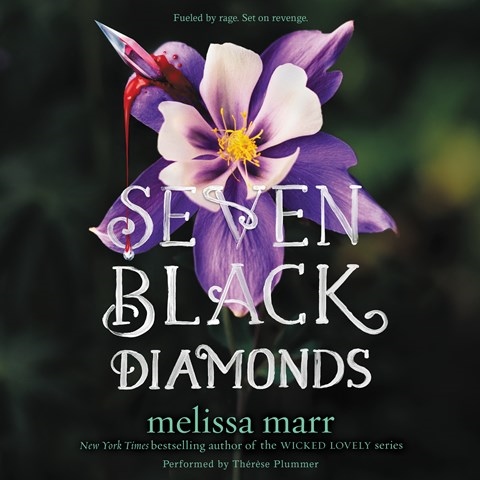 Narrator Thérèse Plummer chooses an Irish accent for the character of Lilywhite, who is about to meet the Queen of Blood and Rage. The queen of the fey has been waging war on humans to avenge the loss of her daughter and heir. Plummer provides a convincing portrait of the queen, who speaks in a tone meant to wither those dare to disagree. Other than Lily, the members of the seven black diamonds speak with a mixture of nondescript accents. Plummer's general tone of expectation creates an atmosphere of mild suspense. She reflects the bond of friendship and camaraderie among the black diamonds. J.E.M. © AudioFile 2016, Portland, Maine [Published: JUNE 2016]