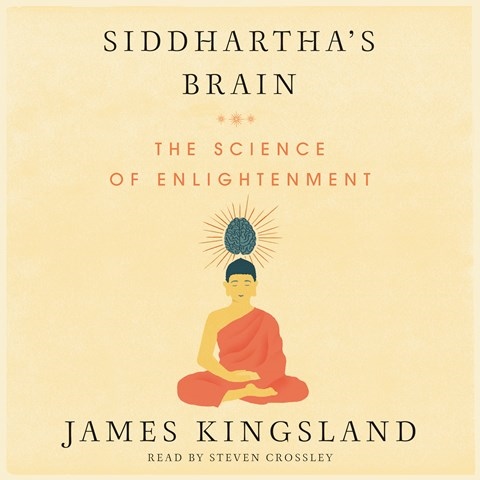 This audiobook is chock-full of scientific experiments proving that the Buddhist state of enlightenment founded by Siddhartha Gautama, the Buddha, works just as well as antidepressants to alleviate suffering from mental illness, addiction, and anxiety. Narrator Steven Crossley has the unenviable task of making clear both Siddhartha's history of perfecting enlightenment and the contemporary scientific experiments that show a statistically significant improvement for people with specific illnesses after they practice enlightenment, now reborn as mindfulness. Crossley delivers the material with aplomb. However, as illuminating as this audiobook may be, the average listener may find the depth of the scientific data to be daunting. One's own enlightenment might be better achieved by listening to less theory and more methodology. E.E.S © AudioFile 2016, Portland, Maine [Published: NOVEMBER 2016]