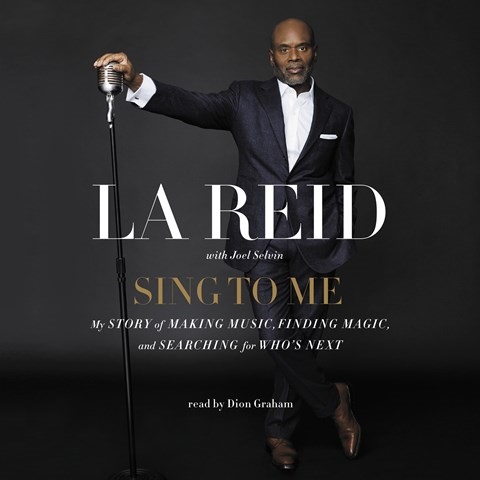 SING TO ME My Story of Making Music, Finding Magic, and Searching for Who's Next

Dion Graham narrates L.A. Reid's memoir, which begins with his experience of falling in love with the drums as a child in Cincinnati. The story traces his path to his current life as a producer and an executive who has had a hand in some of the most popular music of the last few decades, including that of Mariah Carey, Rihanna, and Pink. Throughout, Graham conveys the mix of toughness, sensitivity, and love for the work that has characterized Reid's career. Graham creates voices for the family, friends, and celebrities who populate Reid's life and drops into more sedate tones for vulnerable moments, as when Reid talks about his grief after a friend's suicide. An enlightening portrait and an enjoyable look behind the scenes of the music business. A.F. © AudioFile 2016, Portland, Maine [Published: MAY 2016]