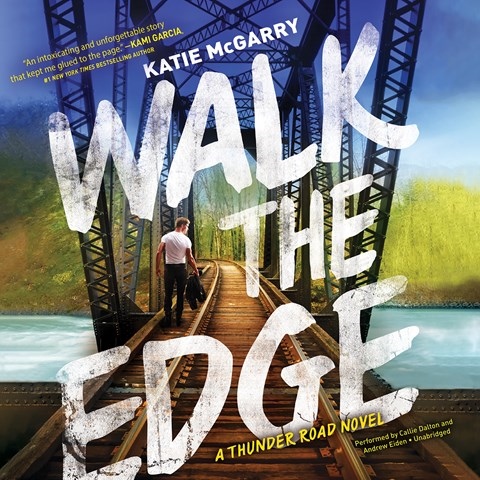 Callie Dalton and Andrew Eiden's strong portrayals convey the differences between this story's two protagonists, as well as their chemistry. Eiden's rough, tough Razor is a member of the Reign of Terror motorcycle club. His portrayal contrasts with Dalton's alternating chapters, which quietly capture the psyche of introverted, overly responsible Breanna. Rapidly, the two are plunged into a charged relationship. Dalton expresses Breanna's terror when she's threatened by cyber bullying, and Eiden projects Razor's growing ferocity as he swears he'll protect her. Their closeness, both physical and emotional, builds as Breanna turns her brilliant mind to solving the mystery of Razor's mother's death. The book has strong romantic tones but is also a coming-of-age story of two lost teens who are looking for belonging and find it in each other. S.W. © AudioFile 2017, Portland, Maine [Published: JANUARY 2017]