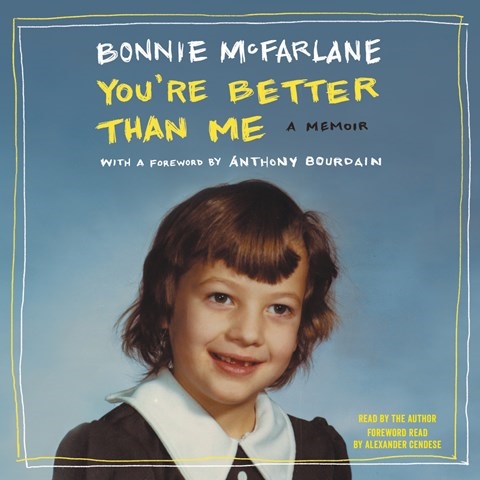 YOU'RE BETTER THAN ME A Memoir

Comedian Bonnie McFarlane delivers her memoir with the same droll tone found in her writing as she talks about topics such as growing up poor on a farm in northern Canada, the early days of her career, and drinking a lot of tequila shots. McFarlane frames the beginning of her memoir around characteristics she shares with serial killers, delivering jokes about her family not having TV in the exact same tone she uses to recount being date raped as a teenager—straightforward, a little tired, and occasionally exasperated. While this isn’t for the easily offended, many listeners will appreciate McFarlane’s honesty and lack of ego and will relish her stories about a life devoted to comedy. A.F. © AudioFile 2016, Portland, Maine [Published: JULY 2016]