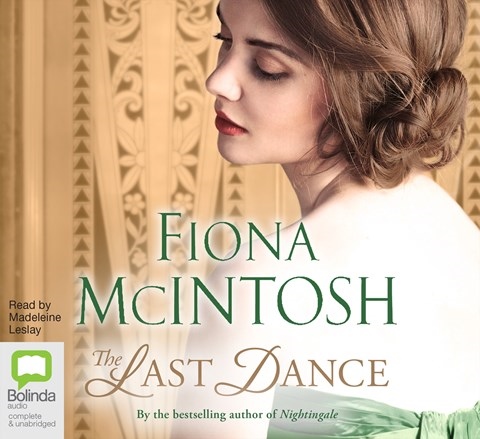 Narrator Madeleine Leslay captures the emotions of recently orphaned Stella Myles, who is forced to dance with strangers in London's Barclay Hotel in 1933 to help support her siblings. After meeting a handsome but mysterious man, she finds herself hired to help tutor his children at his estate, Harp's End. Intrigue and love abound as the world eyes Germany's rising power. Leslay masterfully portrays a multitude of British upper crust with dignified and slightly haughty accents. She is equally adept at portraying a dandy's less masculine and nasal tones and the lower-class servants' distinctive accents and speech patterns. In Leslay's compelling performance, she never misses picking just the right accent and inflection for each character. A.C.P. © AudioFile 2016, Portland, Maine [Published: FEBRUARY 2016]