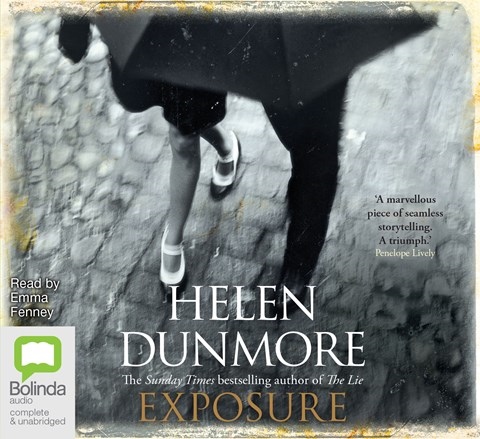 Set in London in 1960, Helen Dunmore’s latest novel is remarkable by itself, with the audio version bringing it to a new level. Best described as an espionage-based love story, it succeeds on audio because of narrator Emma Feeney’s almost hypnotic style. The story centers on Simon Callington, “a reasonably competent civil servant” who is accused of providing information to the Soviets after a top-secret file goes missing. But there’s far more. Told from the points of view of Simon; his wife, Lily; their son, Paul; and a high-level official named Giles Holloway, the book is also an engrossing character study. While Feeney’s delivery is fluid and sensitive to each character’s personality, her portrayal of Lily and her ability to convey a wide range of emotions are memorable. D.J.S. Winner of AudioFile Earphones Award © AudioFile 2016, Portland, Maine [Published: MAY 2016]