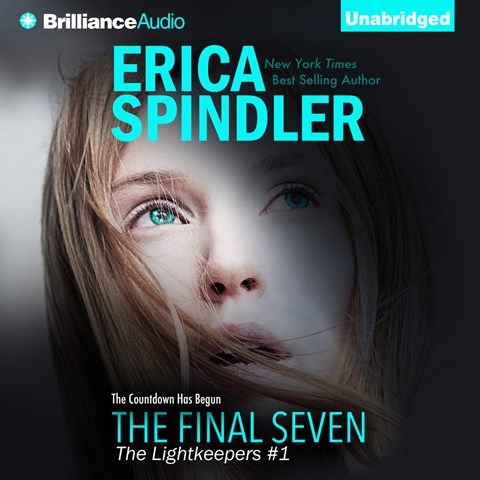 THE FINAL SEVEN The Lightkeepers, Book 1

A special police task force of "sixers"--officers and agents with a defined sixth sense--is organized to combat a new wave of crime. Tavia Gilbert must cope with two unlikely partners who have opposite styles: the strong-willed Micki Dare and Zach Harris, a maverick sixer who frustrates his partner with his independent ways. Gilbert excels at the range of females within the plot--from Micki's best friend's singsong, almost jittery tone to Micki's own steady voice. Gilbert's playful voice for the young son of Micki's friend fits his age well. And Zach's boss sounds appropriately mad every step of the way. Fans of supernatural thrillers will enjoy. M.B. © AudioFile 2016, Portland, Maine [Published: MAY 2016]