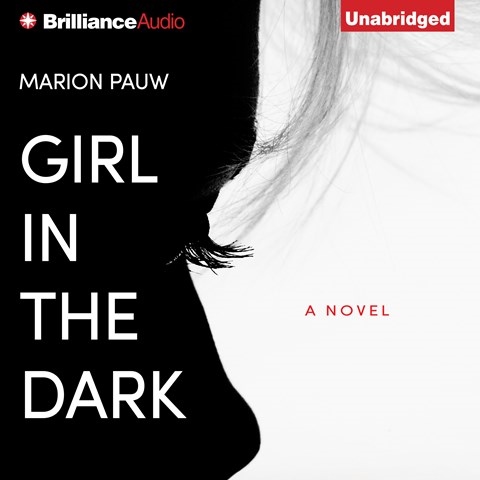 GIRL IN THE DARK

Narrators Emily Sutton-Smith and Scott Merriman work well to build the suspense at the heart of this drama. Sutton-Smith has us rooting for plucky Iris, an under-supported single mother who works as a lawyer. Sutton-Smith's determined voice provide a nice contrast to Scott Merriman's restrained characterization of Ray, Iris's autistic brother, who has been incarcerated for murder for many years. It's not long before Iris--who, until recently, didn't even know she had a brother--begins to wonder if the gentle-seeming man really did commit the ghastly crime. Sutton-Smith and Merriman use distinctive pace and pitch to orient the listener as the chapters alternate, from Iris to Ray, and back. The storylines build, exposing the ways in which Iris's personal difficulties mimic Ray's physical confinement. We listen closely as these troubled lives come together to secure a man's freedom. M.R. Winner of AudioFile Earphones Award © AudioFile 2016, Portland, Maine [Published: FEBRUARY 2016]