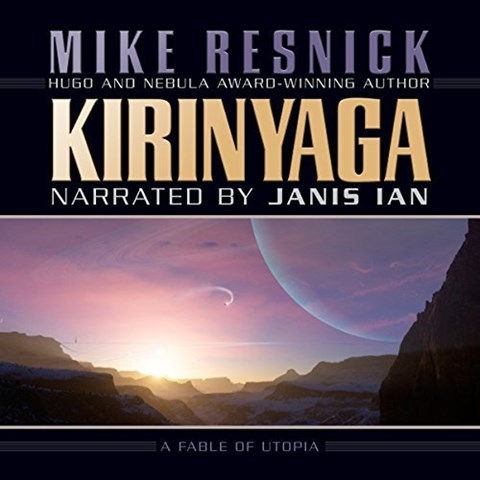 KIRINYAGA A Fable of Utopia

Janice Ian's narration of this tale is reminiscent of a traditional storyteller's. The narrator of these 10 short stories is Koriba, a highly educated man of Kikuyu descent who, in the twenty-second century, travels to a planetoid named Kirinyaga to create a utopian community in the image of Kenya before European contact. Koriba becomes the community's MUNDAMUGA, or witch doctor, a position of respect and deference. Ian captures his patience and commitment to being a guardian of the culture. As the story progresses, she calmly and subtly conveys how the community's initial positive attitudes toward their leader turn to resentment and distrust as Koriba tries to maintain the integrity of the culture by guarding against change. J.E.M. © AudioFile 2016, Portland, Maine [Published: NOVEMBER 2016]