Home»Reviews»THIS IS WHERE IT ENDS 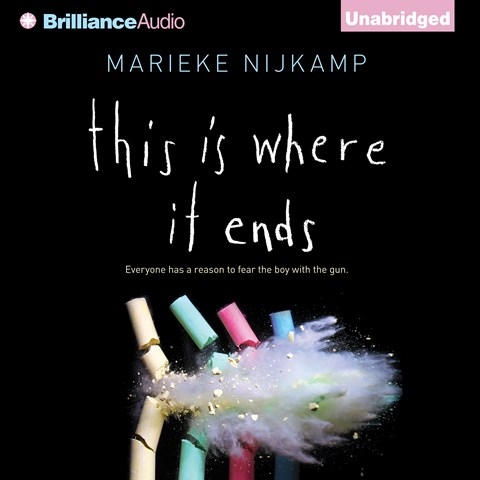 THIS IS WHERE IT ENDS

A talented cast of narrators enhances the diversity and believability of this story of high schoolers who are caught in a terrifying situation. The narrators' pacing, accents, and, most particularly, emotional tones add layers and meaning. Opportunity seems a typical high school until Tyler, a former student, locks the auditorium and begins to randomly shoot teens and their teachers. Initially, the characters' alternating chapters give glimpses of the major players--talented dancer Autumn, troublemaking Tomas, runner Claire, and Sylv, who is worried about her mother's illness. The audiobook is structured to reflect the 54-minute duration of Tyler's rampage. During this time, the narrators' emotions intensify, and their character portrayals deepen. Hidden selves and secrets are revealed. Connections and tension mount as the body count grows. S.W. © AudioFile 2017, Portland, Maine [Published: JANUARY 2017]