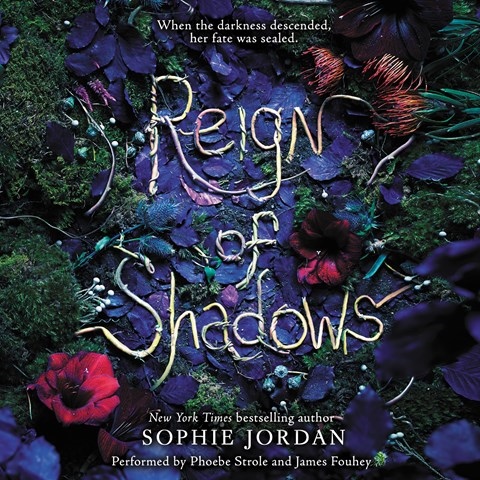 This dystopian mash-up of "Rapunzel" is jointly narrated by Phoebe Strole and James Fouhey. Strole reads from the viewpoint of Luna, a blind princess who has been raised in isolation in a woodland tower, and Fouhey performs the sections told by Fowler, a boy who has escaped the city in hopes of finding a land free of dwellers (zombies). After Luna's tower is breached by soldiers, Fowler becomes her protector as they flee their common enemies. Strole's theatrical performance brings drama to Luna's perspective, especially during the teens' harrowing experiences with the dwellers. Fouhey takes a more measured tone, highlighting Fowler's level-headedness and sense of responsibility. Despite the good action scenes and love story, the audiobook suffers from poor world building. C.B.L. © AudioFile 2016, Portland, Maine [Published: MAY 2016]