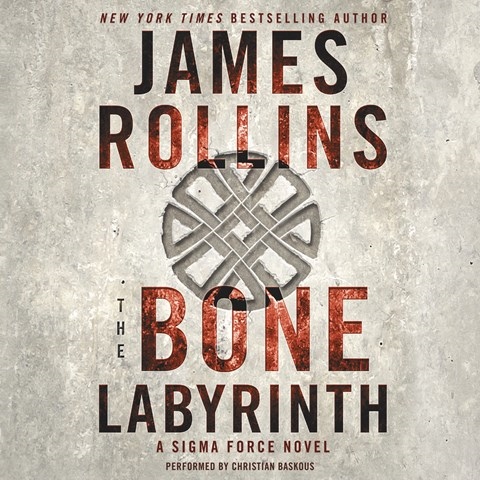 Narrator Christian Baskous has double duty, in a way, with this story of twin sisters who are in peril on opposite ends of the earth. His narration relies on crafting accents for characters of different origins. It's an example of supporting characters--from Chinese doctors to a helpful American associate and an Eastern European priest--being given the most interesting voices. But Baskous also must project emotion because of a special bond between Maria, one of the sisters, and Baako, a gorilla. The characters from Sigma Force nearly become secondary to the plot in this science-heavy book, which is redeemed by the relationship between Baako and Maria. M.B. © AudioFile 2016, Portland, Maine [Published: APRIL 2016]