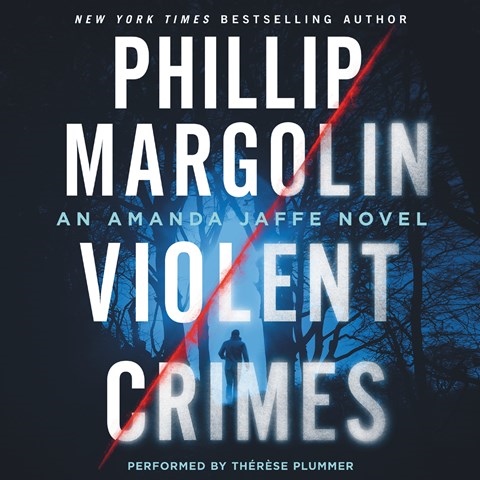 Sometimes the best thing an audiobook narrator can do is be invisible. Thérèse Plummer illustrates this with her performance of the latest Margolin murder mystery. She effortlessly takes on the characters and does her job so well, with such skill, that only upon reflection is it clear how perfect the result is. Despite the fact that there are more than a dozen characters involved in the story, there is no confusion, no question of who is speaking. The audiobook itself is a spiderweb of mystery, a box that once opened reveals another box. Yet, when the smoke clears, all the clues are laid bare, and the solution, in retrospect, seems obvious. M.S. © AudioFile 2016, Portland, Maine [Published: APRIL 2016]