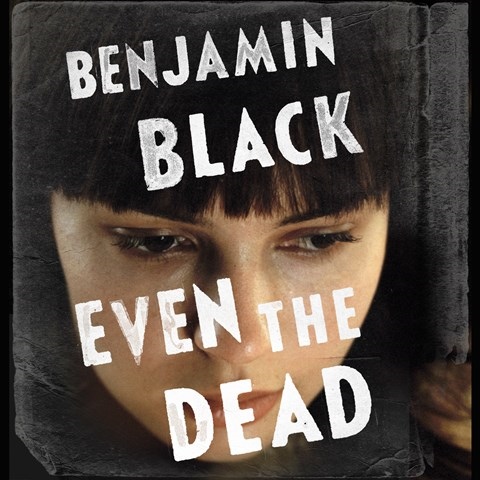 EVEN THE DEAD Quirke, Book 7

In this installment of Benjamin Black's (aka John Banville) Quirke mysteries, his pathologist sleuth has suffered a beating that has left him with brain lesions. While convalescing, Quirke is living with Mal and Rose, Quirke's former lover and sort-of sister-in-law, who still has a yen for him and is supposed to be from the American South. John Keating's "Southern" accent is really terrible. On the other hand, his Irish atmospherics are wonderful. This is perhaps not the place to start this series, as various subplots depend on backstory from previous Quirke novels for their payoffs here. Keating also seems to get lost on occasion in the middle of a sentence, which doesn't help. But if you're already a Quirke fan, you'll have a fine time. B.G. © AudioFile 2016, Portland, Maine [Published: APRIL 2016]