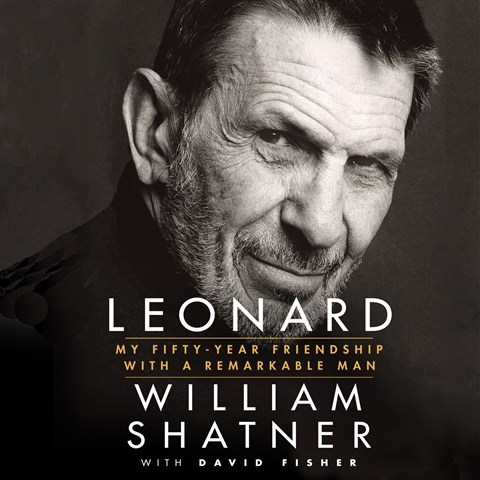 William Shatner and the late Leonard Nimoy were friends for 50 years, creating many memories. They first appeared together in a 1964 episode of “THE MAN FROM U.N.C.L.E,” which was a far cry from the sci-fi work they’re most known for. Shatner narrates his story with touching reverence for a dear friend and describes how their relationship strengthened as they filmed 79 episodes of “Star Trek,” which would shape their destinies—individually and as a much-loved onscreen acting team. Shatner’s authentic performance moves the story along with humor and sincerity, making the anecdotes all the more interesting and touching. He describes the significant ways the two influenced each other and how their friendship helped make them the unique actors their fans revered for years to come. B.J.P. © AudioFile 2016, Portland, Maine [Published: FEBRUARY 2016]