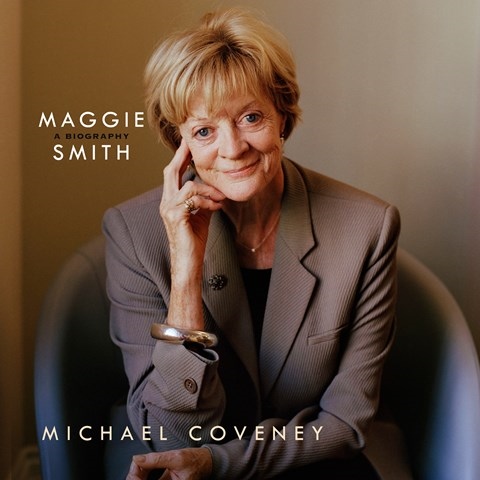 Even if you think you know Dame Margaret (Maggie) Smith through her redoubtable performance as the Countess of Grantham in “Downton Abbey,” you will find much to savor in Sian Thomas’s narration of English theater critic Michael Coveney’s informative and enjoyable biography. The book traces Smith’s life and career from her childhood flair for comedy (much to her mother’s disapproval) to her later theater and film fame, and includes many tales of her personal and working relationships with other stars. The stories are fun, although the wealth of names is occasionally daunting. But Thomas’s well-paced performance and crisp, finely tuned voice keep one interested. A.C.S. © AudioFile 2016, Portland, Maine [Published: JANUARY 2016]