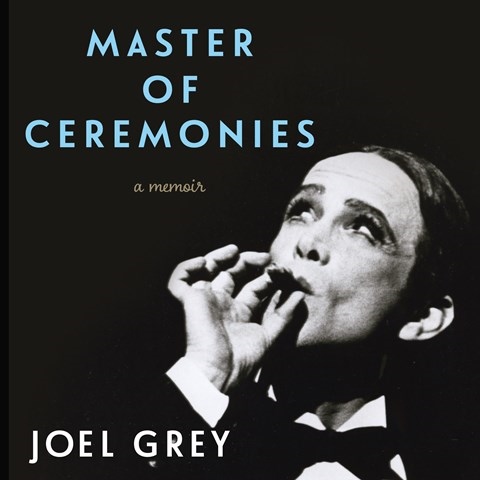 Broadway and film icon Joel Grey offers a candid, heartfelt, and endearing memoir infused with great humanity. While the quality of the narration reflects Grey's advanced years and is a bit slow for entirely pleasurable listening, his first-person interpretation of his beautifully written words more than makes up for any performance reservations. His family background features the Cleveland-based Katz clan, including detailed discussion of his dad Mickey Katz's career as a Yiddish musical parodist who recorded alongside Sinatra. The theme of the memoir is Grey's admission that he has lived his entire life as a gay man whose tremendous desire for marriage and children made his marriage to his wife, Jo Wilder, the greatest love of his life. This is an insightful, delightful adult listening experience about someone you may think you know. Surprises abound. W.A.G. © AudioFile 2016, Portland, Maine [Published: MARCH 2016]