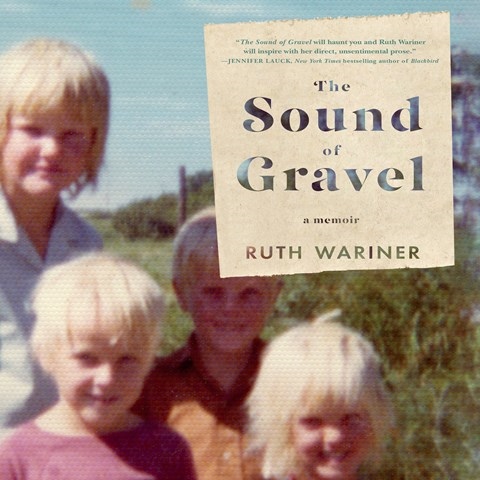 THE SOUND OF GRAVEL

Wariner delivers her eye-opening memoir of growing up in Colonia LeBaron, the polygamist Mormon colony in Mexico. In a steady voice, without missing a beat, she describes her life as the thirty-ninth of Ervil LeBaron's forty-two children, which consisted of living in a small house with no running water or electricity, scarce food, and little money. Extended families, multiple step- and half-siblings, and sister-wives are just a few of those who inhabited Colonia LeBaron. At 15, Wariner and her siblings escaped from the colony and lived with their grandparents in California. This audiobook provides a glimpse of Wariner's childhood of food stamps, abuse, and polygamy as well as courage and family. It's a story that will stick with listeners long after the last word. M.B.K. © AudioFile 2016, Portland, Maine [Published: JUNE 2016]