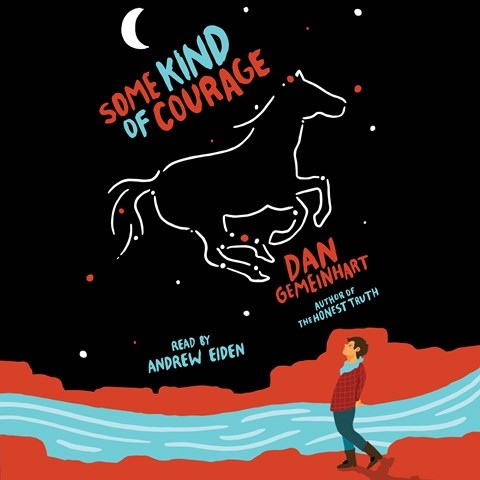 SOME KIND OF COURAGE

Narrator Andrew Eiden deftly captures the colorful vernacular of Washington State in the 1890s. His Western twang gives authenticity to 12-year-old Joseph as he searches for his beloved horse, who has been stolen from him. Joseph has suffered a series of losses--the death of his mother, sister, and father have made him determined to get back what is rightfully his. Not surprisingly, Eiden's narration often projects as much longing as drawl as Joseph is haunted by his family members' words and what their lives meant. Traveling with Joseph is a Chinese boy, Ah-Kee, who speaks no English and faces great prejudice. Eiden's portrayal includes Joseph's developing tenderness and respect for his companion. This story is full of emotion, adventure, and a strong sense of time and place. S.W. Winner of AudioFile Earphones Award © AudioFile 2016, Portland, Maine [Published: MARCH 2016]