Home»Reviews»THE SUMMER BEFORE THE WAR 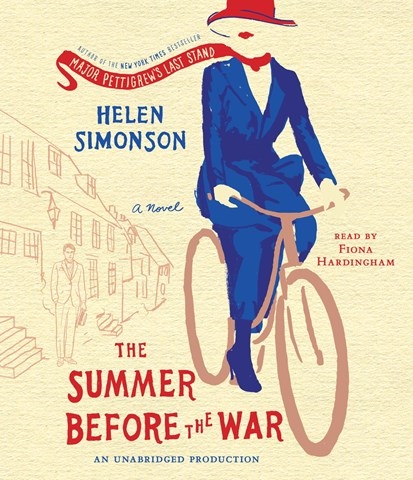 THE SUMMER BEFORE THE WAR

The audiobook opens with Miss Beatrice Nash’s arrival in Rye, an English village where she’s to serve as the new Latin teacher. It’s the summer of 1914, but the war brewing on the European continent has yet to disturb life in Rye. Narrator Fiona Hardingham breathes life into a huge cast of characters—from the grieving, determined Miss Nash to a Romani schoolboy. She’s especially adept with accents; the American author who is trying to downplay his heritage sounds appropriately ambiguous, and a Belgian refugee who speaks halting, heavily accented English is convincing. With subtle wit and barely suppressed emotion, Hardingham chronicles Miss Nash’s first year in Rye, which stretches from summer garden parties to England’s entry into WWI. This is storytelling at its finest, with a narration to match. E.C. Winner of AudioFIle Earphones Award © AudioFile 2016, Portland, Maine [Published: APRIL 2016]