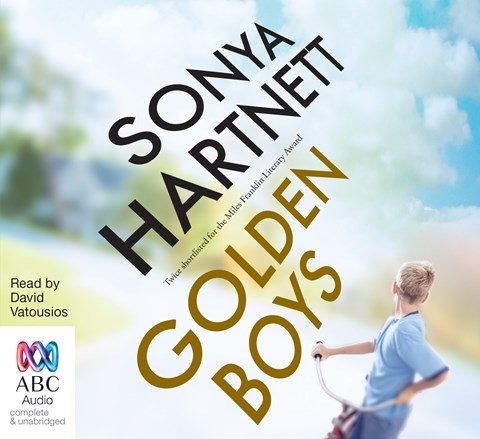 Listeners are quickly caught up in this coming-of-age story involving the children of neighboring families--one rich, one poor--in an Australian town in the early 1980s. Narrator David Vatousios taps into the heart of the audiobook, flawlessly conveying the characters' personalities and emotional foundations. As Freya Kiley and Colt Jenson, both 12 years old, begin to grapple with the knowledge that their parents are deeply flawed, they're unsure how to shield their younger siblings, especially because they've been uprooted in terms of their own self-images and visions of the future. Vatousios injects his performance with a palpable sense of foreboding, propelling the plot forward and making it difficult for listeners to push the stop button. This stark, truthful story will appeal to adults and teens. C.B.L. © AudioFile 2016, Portland, Maine [Published: MARCH 2016]