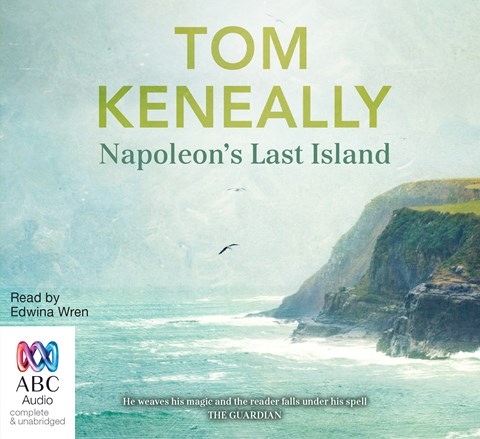 In a thick Australian accent, narrator David Tredinnick begins Keneally’s inquiry into how the remnants of Napoleon’s largess end up in New South Wales among the family goods of Betsy Balcombe. How did they get to Australia, and how were the Balcombes associated with the French emperor? The story unfolds through Betsy Balcombe’s diary, which is read by Edwina Wren in a mélange of British accents mixed with the French of St. Helena, where Napoleon was exiled. Wren’s smooth and soothing tones draw the listener into this detailed first-person account of Napoleon’s military career, defeat, and exile, and the Balcombes’ relationship with the emperor. Tredinnick reappears in the concluding chapter of Betsy Balcombe’s life in Australia. Keneally’s fans will devour this enchanting novel of Napoleon’s last days. M.B.K. © AudioFile 2016, Portland, Maine [Published: MARCH 2016]