Home»Reviews»THE MAN WITH THE GOLDEN TYPEWRITER 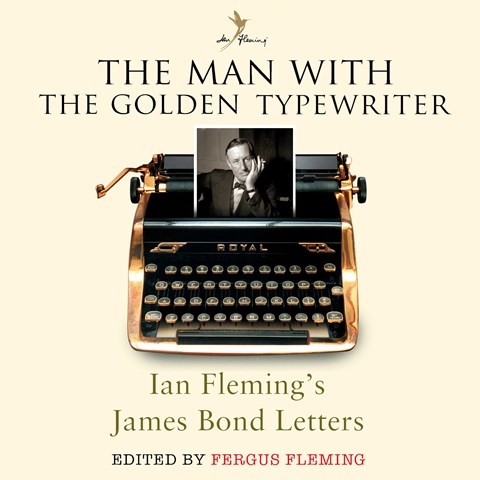 In these times of tweets, texts, and emails, it's hard to remember that the arrival of the post was an occasion in the mid-twentieth century. Painstakingly written letters were the prime means of communication. British actor Julian Rhind-Tutt thoughtfully and expressively narrates the letters of author Ian Fleming, creator of James Bond,. The collection, edited by his nephew, Fergus Fleming, paints a picture of an author tickled by his success and fully involved in both the editing and promotion of his novels. Fergus, also an author, does a good job organizing the letters chronologically around the publication dates of Fleming's novels in the 1950s. Fleming's letters are gracious--particularly in response to comments and criticisms from his fans. Rhind-Tutt's voice has a warmth and charm that mesh well with the text. Footnotes are frequent but are surprisingly unintrusive as Rhind-Tutt makes them sound like quick asides. Foreign phrases are handled smoothly, and Rhind-Tutt reads with grace. Fergus gives just enough background on each letter to place it in context without being distracting. Fleming is known for his flashy life, his time in the British diplomatic corps, and his fondness for fast cars and glitzy living--all of which appear in his Bond novels. But the focuses here are the writing and the inspirations for his works. He shares tales of travels, research, and chance encounters that spawned his character's adventures. Especially fun is the back-and-forth about titles and covers. Fleming's many fans will enjoy this inside look at the author and his works. C.P.S. © AudioFile 2017, Portland, Maine [Published: JUNE 2017]