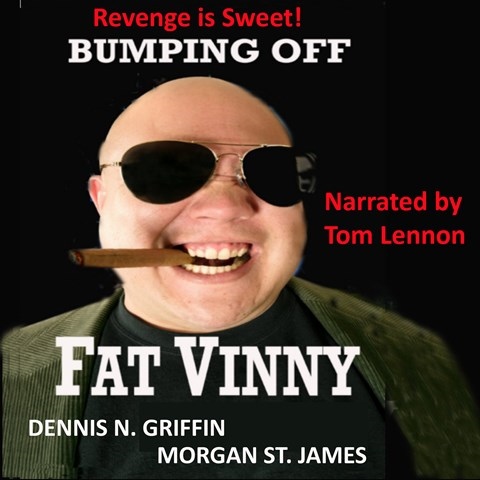 Narrator Tom Lennon brings wonderful energy to this hilarious novel about two woebegone true-crime authors. Writers Margaret Stanton and Danny Garrett are delighted to be hired to write a true-crime book for publisher Vinny Vitali. When they deliver their memoir about Maria Mancuso, a Mob boss's widow, Vitali says that the book isn't what he wants. Lennon deftly exhibits Vitali's menacing manner as he threatens the authors if they don't give in to his every demand. Listeners will enjoy hearing about Mrs. Mancuso's uncommon life. As Vitali becomes unhinged, Stanton, Garrett, and Mancuso decide they have only one recourse--whacking their nemesis. Lennon outdoes himself recounting their madcap ideas to kill Vitali. A clever twist adds to the fun. S.G.B. [Published: JANUARY 2016]