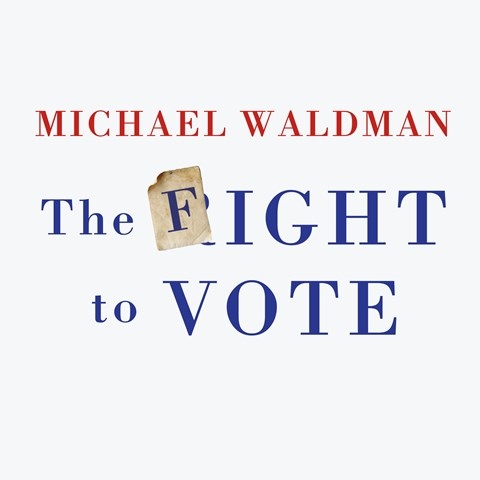 THE FIGHT TO VOTE

With recent voting laws, including a Texas law partly blocked by the Supreme Court, creating controversy, Michael Waldman offers a primer on the long history of election manipulation. There's an autobiographical tone to Joe Barrett's reading as he details the author's work for the Brennan Center for Justice. Barrett becomes more oratory as he goes back into history, with key figures being quoted getting voices that give the feel of political speechmaking. At times, the voting rights battle is a dramatic story, as when Martin Luther King, Jr., led the march in Selma. The amendments that struck down racial and gender barriers to voting, Jim Crow laws, party machines, and campaign finance reforms are all covered. J.A.S. © AudioFile 2017, Portland, Maine [Published: JANUARY 2017]