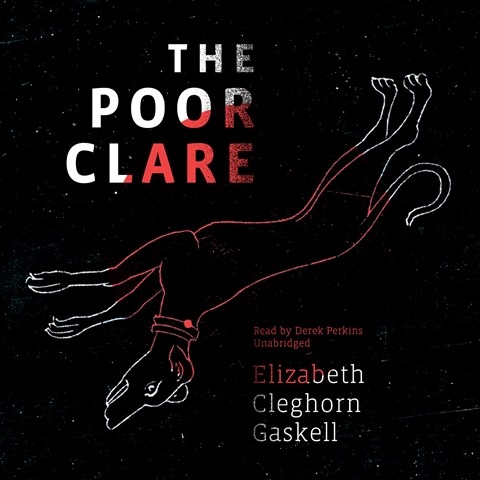 Gaskell's supernatural tale depicts the haunting of young Lucy Gisborne by an evil double. After a supposed witch indirectly curses Lucy for her father's crime, she finds herself abandoned by all close to her except for one friend and her admirer, a lawyer who also serves as the novel's narrator. Derek Perkins's delivery embodies the narrator's balance of reserve and passion. He often reveals the young man's emotions through a quickening of pace. Although much of story is retold in a secondhand account, Perkins re-creates the characters faithfully when they do speak. He is particularly forceful in the few lines spoken by the mysterious Bridget, in which he uses a sharp Irish brogue. While this is a relatively short audiobook, Perkins is engaging throughout. D.M.W. © AudioFile 2016, Portland, Maine [Published: JUNE 2016]