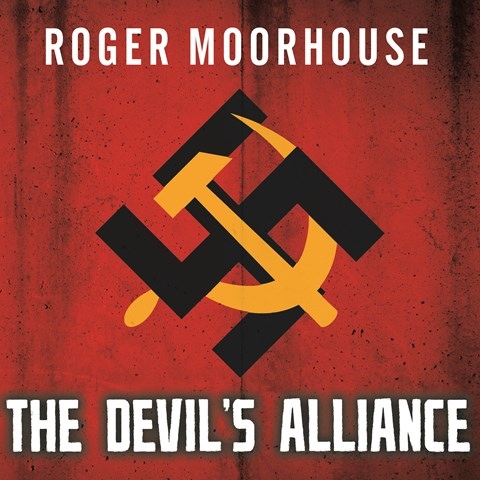 In August of 1939, early in WWII, Germany and the Soviet Union signed a nonaggression treaty. Derek Perkins fluently narrates the history of this alliance, which was forged by German Foreign Minister Joachim von Ribbentrop and his Soviet counterpart, Vyacheslav Molotov. The agreement redrew the map of Europe, giving the Soviets Eastern Poland, the Baltic States, and Bessarabia. Russian, German, French, and English are just a few of the languages Perkins handles without hesitation. Listeners will learn about the political and economic motives for this treaty between the totalitarian European powers. Steadily, inexorably, Perkins recounts how the Germans and Soviets jointly dealt with their enemies, their internal ethnic populations, and territorial expansion—until they turned upon each other in June of 1941. M.B.K. © AudioFile 2016, Portland, Maine [Published: JANUARY 2016]