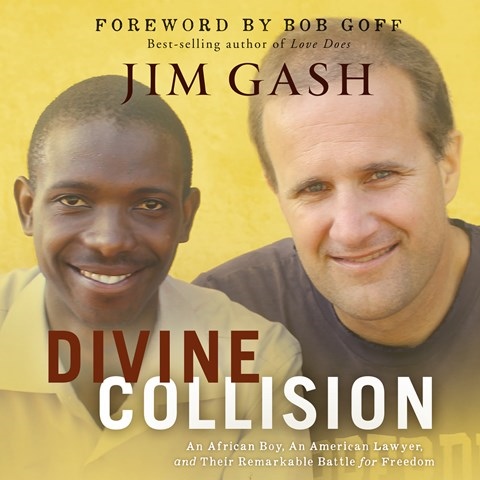 DIVINE COLLISION An African Boy, An American Lawyer, and Their Remarkable Battle for Freedom

Brandon Batchelar and Jason White's narration is so powerful that it may make listeners want to join the author in his quest for justice in a faraway land. When Los Angeles lawyer Jim Gash hears about children who are falsely accused of crimes and imprisoned for years without a trial, he believes his discovery is Divine Providence, so he travels to Uganda to effect change. As Gash tries to positively influence the nation's criminal justice system, Batchelar's compelling delivery allows listeners to see the Ugandan landscape and experience the joys and sorrows of its people. Batchelar is especially endearing as he portrays Gash's tendency to weep when emotionally moved. Equally engaging is Jason White's portrayal of a Ugandan boy named Henry, who recounts his extraordinary life. S.G.B. © AudioFile 2016, Portland, Maine [Published: FEBRUARY 2016]